“Let Jordan take the West Bank, let Egypt take Gaza, let them act with it or drown as they try it,” he said, quoting former White House strategic adviser Steve Bannon in his explanation of Trump’s Middle East vision. White “by Michael Wolf, who caused a stir immediately after Friday’s release.

This is a vision adopted by previous US administrations and could not be promoted in the region, because of the clear Jordanian and Palestinian position, but the difference between the departments is not the vision and management of a confederation. And the Trump administration in this regard, that the latter does not understand the language of dialogue, but the policy of imposing the status quo, as happened when he made his own decision that Jerusalem is the capital of the State of the Israeli occupation.

The “old century deal” to settle the Palestinian issue is based on fragmenting the Palestinian body into more than one part and following it to more than one state. The American vision is that Jerusalem is east and west of the Israeli occupation state, and the West Bank of Jordan and Gaza is Egypt. This is a future to end the Arab-Israeli conflict in the region.

The Arab-Israeli conflict can not be ended without realizing the importance of the Jordanian role in this conflict. Jordan has always been the voice of reason in the region and the world, and it was at the head of the host countries, despite its limited resources and economic capabilities. The Palestinian cause was the first issue for decades, and his Hashemite leadership preserved Islamic and Christian sanctuaries from its historical role in the commandments on these holy sites.

Jordan will not accept the search for a confederation with Palestine before the declaration of the state with East Jerusalem as its capital, and will not accept the resettlement of refugees. The Palestinians will not accept a substitute for their occupied country and will accept no less than a state. The world must move toward US policies in the region.

“The US administration is not totally interested in bringing peace to the region, but its main objective is to ensure the interests of the Israeli occupation state. It does not mind that the region is plunged into new armed conflicts, but what it does not realize is that a state The occupation will not be far from the range of fire that will ignite in the region because of unilateral solutions, what will remain for the Palestinian and Arab and Islamic people when the confiscation of sacred? 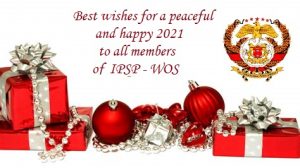